Beyond the Sanctuary of Aphrodite, just outside the small village of Kouklia in Cyprus, a trail meanders along the hillside. To the left lie scorched fields of yellow grass, broken by the dual carriageway that joins Paphos to Lemesos, before sweeping towards the endless blue expanse of the Mediterranean.

The trail is stony and littered with white pebbles. Occasionally, if you are lucky, an orange-tailed lizard scurries across the path.

After a short stretch the winding trail ends at the House of Leda. Very little remains of the house itself, apart from a copy of a mosaic of Leda and the swan. A silver plaque reads (in both Greek and English): Copy of a mosaic representing Leda and the swan. The original is exhibited in the Cyprus museum. The mosaic with the geometric decoration is the original one. 2nd-3rd century AD.

The mosaic is incomplete. Many of the little stones that make up the picture are missing, making the onlooker use their imagination to recreate the whole. Perhaps this imperfection is all part of its beauty.

The geometric border of the mosaic gives the impression of a crashing surf on the shore. This could be a subtle reference to the birth of Aphrodite herself (according to Hesiod in The Theogony, Aphrodite was born from the sea foam crashing on to the island of Cyprus. The Greek word aprhos means “foam”).  The square central section depicts Leda preparing to disrobe, attended by a swan (Zeus in disguise) attempting to pinch at her dress. Shades of pink, white and brown capture the illusion of light. Although Leda has her back to the onlooker, she casts a backwards glance over her shoulder, as if she knows you are watching her bathe.

You are a voyeur.

Her shawl drapes over her left arm, dropping loosely in folds beneath her exposed bottom, before it’s clasped again in her right hand. What looks like a font frames her left side and a tree her right.

According to one version of the myth, Leda was bathing in a pool by moonlight when Zeus, the king of the gods, saw her and fell in love with her beauty. Fell “in lust” is probably more accurate, as the gods in Greek myth, especially Zeus, often take advantage of helpless damsels. Zeus transformed himself into a swan in order to get close to her and then ravaged her. Afterwards, so the story goes, Leda gave birth to an egg which hatched into a beautiful baby girl. The girl grew up to become none other than Helen, the face that launched a thousand ships, the most beautiful woman in all of Greece.

Helen is often reputed to be one of the causes for the Trojan war.

It’s an interesting myth. Like many myths, you can draw a number of lessons from it, depending on your interpretation. Is it a moral about beauty being the cause of conflict? Or perhaps the lesson is not to go out alone when randy Greek gods are on the prowl!

I’m not sure. I wonder if the original artist ever envisaged people still pondering over the mosaic centuries later? For me the mosaic represents how time has the capacity to change all things, sometimes even beyond their original meaning. 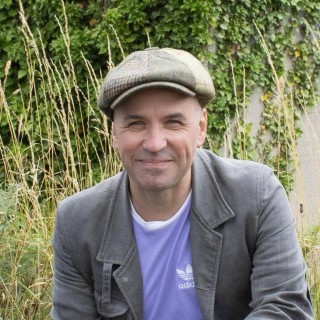